USMWF strives to connect with families across the nation that were affected by a work incident, illness or disease across all industries. Each is eager to share the voice and face of lessons learned to prevent similar incidents from occurring.

To request a speaker at your upcoming safety conference/event go to our Special & Event page for more information.

Tammy (Miser) Spivey became involved in workplace safety after losing her 33-year-old brother, Shawn Boone in 2003. While working as a maintenance worker he suffered burns over 90 percent of his body in an aluminum dust explosion.Tammy shares her experience as a family-member victim who, like thousands of others across the U.S., suffer profoundly because of our nation’s inadequate regulatory system to protect workers’ fundamental right to places of employment that do not cause death, injury or disease.  Using her account she tells why it is so important to have a safe workplace by learning from the past.
Ms. Spivey has also been interviewed and quoted in local and national newspapers and magazines, including The Nation, Chemical & Engineering News Finally, the CBS news magazine, 60 Minutes . 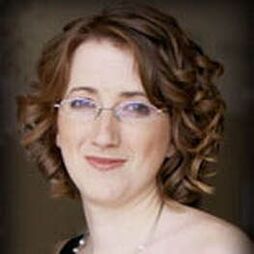 Tonya Ford became an active volunteer for USMWF in 2009 after her 51-year-old Uncle Robert (Bobby) Fitch was killed while failing over 80 feet off of a belt operated man-lift.  She was later hired to help run USMWF alongside Tammy Spivey in 2015.

Tonya speaks out and shares the incident that fatally injured her Uncle. She shares the powerful work and impact of USMWF while connecting with families.  USMWF offers support, guidance and resources while assisting families to be the voice and face of lessons learned.

Tonya wants to become the next conversation at the dinner table, gaining a connection to our target audience such as family members/occupations/incidents and preventing work related incidents, illness or diseases.